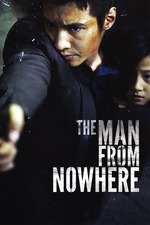 The Ron’s review published on Letterboxd:

This film is a masterpiece in the revenge genre if you ask me. Anytime a film can evoke raw emotion in me I'll probably love it, and that is surely the case here. It's a revenge film so you get some of the typical elements within that type of film, but the filmmakers do such a great job of getting you invested in the characters you come to care deeply for them. The action sequences which are not as frequent in this film as a lot of other revenge flicks are absolutely brilliant. The acting is all spot on, especially Bin Won and Sae-ron Kim who is amazing considering her young age.

The thing that sent this film over the top for me is the relationship between Cha Tae-Sik (Bin Won) and Jeong So-mi. (Sae ron-Kim) It's absolutely heart wrenching! I was tearing up during several scenes and balling like a baby by the time the credits rolled. I can't say that has ever happened with that type of film which is a big part of why I love it so much. The Man From Nowhere is a great revenge flick, and one of the best overall films I've ever seen. I highly recommend it to anyone who is looking for a film to love!