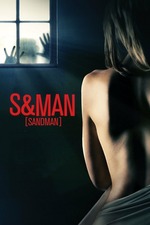 Like Murder Death Koreatown, I can’t bring myself to rate this. Too raw, too real, too fucking bleak.

At least it saved me from ever having to watch one of the hyper-indie faux sex/snuff videos J.T. Petty uses as a framework for his prickly and unnerving fictional narrative. Based on the, um, artists he interviews — a hippie-hating hippie rape-o auteur so beered up he can barely get a shot, a self-described scream queen who sounds more like a hostage the longer she talks, and a doughy micro-mogul who expresses sincere pride that his grandmother would take her top off in one of his movies if he asked her to — I’m not missing anything. To Petty’s credit, unlike me he reserves judgment.

At the other end of the heap there’s Carol Clover, whose commentary I generally enjoyed even if it runs the scale from cloistered academic platitudes to clunky, affected hipness (I really hope she’s retired the phrase “big time” by now). But she also offers enough jarringly original insights into extreme horror cinema to more than justify her standing. For all that, she lost me with her vague theory on why featuring real animal death in films is going a step too far; something about how it breaks the illusory spell or thereabouts. Sorry, Doc, but you missed it by a mile.