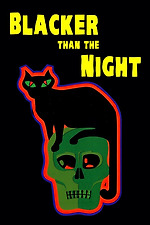 Blacker than the Night

Deliberate and atmospheric in a way that would’ve scared six-year-old me, comfortable if plodding and routine to ostensibly grown-up me. The parade of pulchritude and black-cat protagonist kept me (mostly) interested, plus I’m getting better at parsing Toboada’s stylistic and thematic conceits; aside from the predictable upskirt shots — that’s a theme, right? — he has a playful way of pushing up to the edge of narrative self-awareness, and an impressively subtle but rigorous visual control. The withholding central to this pastel-Bunuel approach works against him here, though, with so little happening story-wise, and tedium eventually settles in. I still won’t rule out watching the remake, though.

The Crimson Petal and the White