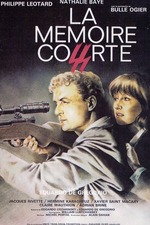 Frank said after revealing who he was, "All those episodes i'd managed to forget were coming back to me..." By investigating this mystery, Judith's memories about his parents also slowly came back to her. Descendants of fascists and their complicit* faced the moral dilemma on taking revenge. In the end, Judith and Frank were too taken by the ghosts of this particular history to avoid the devastating outcome.

* Is complicit the correct term to describe Judith's parents, they bought a pharmacy from the general commission on Jewish issue before the war, so Judith was mocked as Nazi in school.