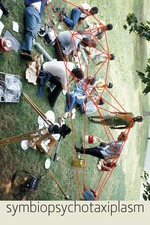 A director makes a film about nothing, about the film itself, twice over. A concept that will make your head spin.

Reminds me a bit of a Synecdoche, New york kinda thing in real life. An aimless project balloons out of control and becomes a piece of art that that means something different to everyone. That said, I sadly feel that this experiment of a film doesn't reach a particularly profound conclusion. This film has many unforgettable moments and is very instructional on the making of film, but it isnt as cohesive as one would hope. Still, a really solid, unique piece of filmmaking that should be seen by anyone who's interested in experimental film.

This, along with Oddsac I've used to try to get myself deeper into the canon of experimental films. Both films were pretty lighthearted, fun, and easy to digest, so I reccomend both for those means.