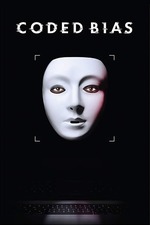 If you automate everything, so that it always does what it’s “supposed to do”, that can lead to very inhuman things...

I love me some documentaries. The older I get, the more I want to take in. Netflix has been streaming, or outright producing, quality docs fairly consistently for years. Now, they’re back with another in Coded Bias. And while I feel it has its heart in the right place, the execution of the narrative comes off muddled.

The main issue with this doc is the consistency within the messaging. Sometimes this doc is about facial recognition software gone wrong. Sometimes it’s about algorithms that evaluate our behaviors and track our activity. Other times it’s about government profiling and violating personal privacy. Sometimes it’s about the inevitable future of increased automation in the workforce. Or the rating of a human workforce based on statistics. These are all vaguely tied together by use of the term ‘algorithm’ over and over. The problem is these things are not really related. Its like me saying hockey, bobsledding, golf, and horseshoes all face the same issues just because they’re all sports. No, these are different subjects with entirely different issues.

Unfortunately, the film doesn’t have enough information about any one of these issues to make a doc all on its own. That’s why they’re all jammed together hear. But even the main subject, inaccurate facial recognition software , is tonally misrepresented. It’s showcased like this is a massive problem as if the film is going to say nothing is being done about these issues, ‘we’re fucked.’ So to speak. But that’s just not the case. This all made global news a couple years ago. Governments have already shut down a lot of these programs. The doc even shows this with a triumphant scene of a Senate Hearing on the matter. This documentary should’ve been filmed like Crip Camp, showing the fight for this legislation and how we’ve affected change. Not like a doc that gives no hope like there’s still massive problems. Most of these issues are resolved by films end!

I’ll stress, the heart of this doc is in the right place. These are important issues. Worth discussing, and fighting for at a federal level. It’s also worth showcasing how well the political movement for these causes have been the issue with this doc is not in the message, but in the presentation.

Especially when this doc copies entire segments from other superior docs. Because this runs out of subject matter to discuss it treads on other docs who have discussed tertiarily related subjects. Films like The Great Hack, or The Social Dilemma. Hell, even Cathy O’Neill, the blue haired woman, was literally in one of those other docs being interviewed about the exact same thing, and giving the exact same answers.

I’ll give it an ‘okay’. The information is important, the message is clear. But the film is disjointed and disappointing in its execution. And it certainly doesn’t have a grand cinematic feel to it.