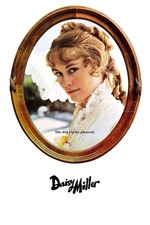 The American Post Sixties Anti-Establishment Auters in the late sixties and throughout the seventies tried their hand at adapting great works of literature, or theatre, or works by great authors. Mike Nichols with Edward Albee’s Who’s Afraid of Virginia Wolfe, Joseph Heller’s Catch 22, and Jules Feiffer’s Carnal Knowledge. Frank Perry adapted Joan Didion’s Play It As It Lays. Arthur Penn did Thomas Berger’s Little Big Man. Paul Mazursky did a modern day Shakespeare adaptation of The Tempest & Isaac Bashevis Singer’s Enemies, A Love Story. Hal Ashby adapted Woody Guthrie’s Bound For Glory. Richard Rush’s magnum opus was Paul Brodeur’s darkly comic novel of paranoia The Stuntman. And Richard Lester’s magnum opus would be his brilliant adaptation of Alexandre Dumas’ The Three Musketeers (which I believe is one of the greatest epic productions ever made).
And their non-American counterparts would go even further, John Schlesinger would adapt Thomas Hardy & Nathanael West. Roman Polanski would adapt Shakespeare & Thomas Hardy. Franco Zeffirelli would do both The Taming of the Shrew & Romeo and Juliet. Milos Forman would adapt Ken Kesey & E.L. Doctorow, and Ken Russell would do his Ken Russell number on D.H. Lawrence & Aldous Huxley (not to mention all those pseudo biopics of great composers).

However when The Movie Brats (so named by Michael Pyle’s book length analysis of them) adapted novels they leaned more towards popular fiction that they thought would make good movies (The Godfather, Jaws, The Last Picture Show, Carrie, Paper Moon, The Fury). This would start changing in the eighties and nineties, when Scorsese would adapt Edith Wharton’s The Age of Innocence, Spielberg would adapt J.G. Ballard & Alice Walker, and Coppola would tackle Bram Stoker. Paul Schrader would adapt Mishima and direct Harold Pinter, and De Palma would fall on his face and never really get up again after fucking up Thomas Wolfe.

The film starts off a little bizarre. The tone at the beginning is a little off putting. You’re not quite sure if it works. But the film gains power as it progresses, and builds to a gut punch ending. Bogdanovich’s Daisy Miller is very funny, yet it leaves the viewer remarkably sad as you watch the final credits fade up. What sets the film apart from Far From The Madding Crowd, or Tess, or The Age of Innocence or the whole Masterpiece Theatre vibe of most classic literary adaptations is Bogdanovich’s approach. The movie plays like the entertaining and breezy classic adaptations that came out of Hollywood in the thirties and forties, Garbo’s Anna Karenina & Camille, Ronald Coleman’s A Tale Of Two Cities, Laurence Olivier’s Wuthering Heights.

Part of the reason for this is Peter tackles the material in a similar way that you can imagine Howard Hawks dealing with the assignment in the forties. Bogdanovich’s Daisy Miller goes for and achieves a rapid fire pace of overlapping Hawksian comedic rhythm to the dialogue. Peter even makes it for the same reason Hawks would of made it. Not because he’s overly reverential to Henry James’ book, but because Henry James’ book offers a great star vehicle for Cybill Shepherd (you can imagine Hawks doing it with Rosalind Russell or Frances Farmer).

It’s true Bogdanovich did overestimate Cybill Shepherd’s talents. But one of the talents Shepherd did possess was a facility with rapid paced comedic Hawksian dialogue. Shown off to good effect in both Daisy Miller and the non-singing parts of At Long Last Love, as well as the Albert Brooks scenes in Taxi Driver, and Ivan Passer’s Silver Bears, leading to her spectacular eighties comeback on the TV show Moonlighting.
Shepherd is completely convincing as Daisy Miller. But not convincing like a classic actress playing the role (Olivia de Havilland in The Heiress), which is what we’re use to when we usually watch classic literature dramatized.
By Bogdanovich turning the whole story into one that turns on fast paced comic repartee, he leans the material into Shepherd’s strengths.
But it seems Bogdanovich also went for a duality of character and actress. Like the cheeky innocent Daisy is in over her head in high society expatriate Rome, Cybill Shepherd is in over her head in this lavish period production. But Shepherd, like Miller, rises to the occasion.
Shepherd shares with Daisy her delight in slight inappropriateness, her sarcastic sense of humor, and her ability to manipulate men to act out her whims.
She also possesses Daisy’s American “fuck You, Jack” rebellious streak, what use to be called, moxie. It’s Daisy’s American “fuck You, Jack” quality that makes her reject Mrs. Walker’s (Eileen Brennan) demand to fall in line and get in her society coach. It’s a decision that effectively ends Daisy’s life in English expatriate Roman high society, and ultimately leads to her death.
Shepherd demonstrates that same American “fuck you, Jack” spirit by taking on Henry James’ heroine in a lavish starring vehicle for herself directed by her boyfriend.
Both Miller and Shepherd share a consequences be damned type of moxie. But where the moxie in Daisy leads to tragedy as the story progresses, Shepherd, after a settling in period during the first fifteen minutes, grows into the role (even Pauline Kael begrudgingly admitted this. Something you could never imagine her doing for others of Shepherd’s ilk like Ali McGraw or Candice Bergen).

In Bogdanovich’s telling, Daisy’s fate is sudden, and we have an emotional reaction to both its abruptness, and it’s callousness. And that reaction is earned by Cybill Shepherd’s affinity with Daisy Miller.
The ending leaves us shocked and sad at its conclusion over the fate of a character you’re really never sure you liked. The conclusion also contains a real life sad resonance. And that’s the sad fate of the films male lead Barry Brown, playing the American Frederick Winterbourne, who chases after Daisy and tells her story to us.
Barry Brown was a young actor who emerged in the late sixties – early seventies, popping up on Mod Squad & Ironside, and small parts in movies like Philip Kaufman’s The Great Northfield Minnesota Raid. He was also, along with Jeff Bridges and Rob Reiner, one of the ‘frady cat white kids bussed to the scary black high school in Paul Bogart’s Halls of Anger.
He was an Andrew Prine-type of young leading man. Skinny, handsome, sensitive, and soft. A male ingénue. But in 1972 Robert Benton cast him opposite Jeff Bridges in his western directorial debut Bad Company.
Brown and Bridges proved a great team. Bridges, all raw boned American boy masculinity, and Brown, his sensitive and intellectual counterpart.
Then Bogdanovich cast him as Winterbourne in Daisy Miller, the films real lead, and our witness to Daisy’s comings and goings. Peter had his problems with Brown (mostly due to alcohol), but no matter, it’s still one of the finest performances in all of Bogdanovich’s filmography.
Shepherd’s biggest hurdle is fighting against her natural modernness. But that’s okay, because to the world that Daisy Miller tries to cavort in she’s considered outlandishly modern, when modern wasn’t considered a good thing.
But Shepherd partly gets away with it because Barry Brown, along with Eileen Brennan, is the most era appropriate actor in the film. He enters the movie like he stepped out of a Chagall painting to start the story. A painting he will return to when the story’s over.
We watch Daisy yank Winterbourne’s leash, and we watch him hop. We watch him try to breathlessly keep up with Daisy and never quite succeed.
We watch him be enchanted by her liberated spirit…till he’s not.
And then we watch him betray her.
And it’s only in that final end shot that the loss and the cost of that betrayal is felt so devastatingly by both us and Winterbourne.

What did it all mean?

What was Daisy to him, and what will she be?

After Daisy Miller, Brown never received anymore leads in Studio movies (but he is the star of a tremendously entertaining ski thriller directed by Robert Butler called The Ultimate Thrill, that we’ve shown in the past at The New Beverly and will show again in the future). But for the most part Brown returned to television in the late seventies doing guest shots on TV programs like Barnaby Jones & Police Woman. And he makes a cool appearance in Joe Dante’s Jaws rip off for New World Pictures Piranha.
Then, the year of that film’s release, at the age of twenty-seven, Barry Brown took his own life. Turning all of us who liked Barry Brown, when we watch the end of Daisy Miller, into a bit like Winterbourne.

Who was Barry Brown?

What did it all mean?

Am I the only one who remembers Barry Brown?