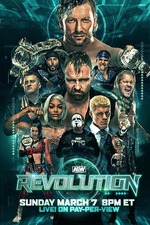 ......well.....that was embarrassing. I laughed my ass off but at the same time, I felt bad for Eddie Kingston....shit, here is a guy who is talented on the mic and has a bright future. He didn't deserve this fuckery. The poor guy was selling his ass off playing dead from sparklers...Jesus. Jericho's WWF debut looked more dangerous than this. Fuck, they could have saved this by letting the heels show up laughing. Well, they did now but its too late man. Come on, it's ok, it happens. People fuck up. Just ask WWE, they have a list of fuckeries, botches and stupid things that make no sense. Tony Kahn should have just said, "sorry guys we fucked up". That's it. Next time, get your plan B ready in case plan A goes wrong. The match itself was good. Not super amazing but good. Haha, I don't think you need a referee wearing a hazmat suit, he looked like Walter White.

The PPV wasn't amazing but there were some highlights like the Sting match. Not the biggest fan of these cinematic matches but this was one of the best. Darby has a bright future, the guy is nuts. The big surprise was a letdown. Nothing against Christain but we were expecting someone bigger like Punk or Batista. Miro & Chuck feud should just end. I can't believe it's still going. I'm actually surprised that Chuck Taylor never did his girl screaming comedy or even the invisible grenade....okay that was dumb.

Hopefully, they improve and just move on from that horrible botch. Can't wait to see Botchamania. Poor Eddie. This was the opportunity to turn babyface, not his fault. At least the match ended before this disaster happened. Shit, if only Eddie got up quickly and cut a promo.
It's up there with the Shockmaster botch, never gonna be forgotten.