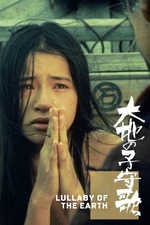 So I’m disappointed on one hand, I came here for the wonderful Meiko Kaji, alas she only has 2 minutes of screen time. I was hoping for more, but her character name is young lady 😩 Aside from that major disappointment, it wasn’t too bad. It was too long with not enough motivation to keep it running, but it’s not to too bad at all. The story follows a 13 year old girl who is tough and nails and doesn’t take any shit, who’s grandmother dies and she is coerced to go and work on an island. It’s then intercut with her in the future going on a spiritual journey. The middle part of what happened to her on that island is slowly filled in. What really nice is that she isn’t shown to be tough throughout and she does have these moments of vulnerability, which makes her even more human. It’s another important part of history about women known as Karayuki-san. I’d personally never heard of this type of woman before, so not only was it interesting learning experience as well as a decent film. There is a surprisingly strong performance by the then 16 year old Meiko Harada as the lead Rin. She manages to command the screen at that young of an age, which she carried over to Ran by Kurosawa. This is a pretty heavy (if emotionally) film which I wasn’t expecting, granted if I read what’s it about I would have known what I was going into. Nonetheless, I was surprised and ended up really enjoying this. With a bit of editing and trimming, this would be even better.