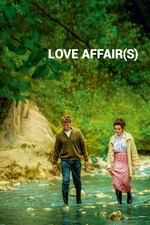 Arnaud Desplechin's MY SEX LIFE...OR HOW I GOT INTO AN ARGUMENT was the last film I saw which struck me as so archetypally French. Of course, that notion is based on Anglo stereotypes about French attitudes towards love, sex and adulter, as well as the connotations of flashbacks and voice-over. (In recent coverage of France's belated #metoo movement and scandals about famous authors' pedophilia and incest in the NY Times and Guardian, you can detect a faint but real subtext of "We may be prudes in the US and UK, but at least we're not pervy middle-aged men cheating on our wives with teens!") But LOVE AFFAIR(S) is a marvel of screenwriting, directing and editing, building a complex structure where almost every action is seen from more than one character's perspective. Early on, I thought of PULP FICTION, of all films, as a model for its constant back-and-forth but Emmanuel Mouret goes much further, towards some synthesis of Sacha Guitry and Alain Resnais out of a Giger drawing. All the while, LOVE AFFAIR(S) maintains a tone of light irony, while still taking its characters' emotions seriously.

I don't really mean this as a criticism, because I have no intention of telling Mouret he should've made a different film, but LOVE AFFAIR(S) has one huge difference from a similar American film that would be made now: all the relationships contained within it are heterosexual. But even with that caveat, it shows the impossibility of desire existing in isolation. Without moralizing about adultery, it shows cheating as part of a vast social network subject to the butterfly effect.

Any recommendations for other Mouret films?