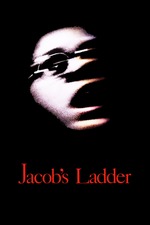 A friend asked me to go see this when we were in college, and I turned him down out of disbelief that the auteur behind FLASHDANCE & FATAL ATTRACTION could make a good film. 31 years later, I finally caught up with it, knowing the twist. Actually, one could guess it from the subway signs in the second scene in New York, among many, many other clues. Lyne's style strove to put a nightmarish spin on the "cinema du look" aesthetic, as though the spectator has smoked a particularly strong and paranoia-inducing strain of weed. The mix of pop spirituality and MK Ultra conspiracy theorizing doesn't gel well, especially because the former dominates so strongly. But flaws and all, this does feel like a sincere cry of anger about what the Vietnam War did to young men.

Keep an Eye Out