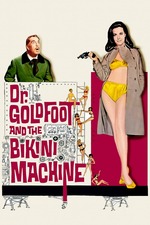 Anyone for a flat, soft-core, Frankenstein / I Dream of Jeannie / Bond spoof screwball comedy? No? It has Vincent Price in it. He goofs as well as he can with a crap script.