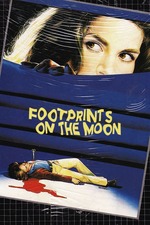 A really unusual mystery drama, with Florinda Bolkan compelling as the intense Alice, a single Portuguese translator working in Rome, who finds that she's lost the last three days of her life. A clue takes her to a quiet island outside of Italy, where she's bewildered and disturbed to find that the locals all half-recognise her from earlier in the week. The strange title refers to a bleak old sci-fi movie that Alice has been haunted by ever since she watched as much of it as she could bear, and we're treated to occasional clips from it in dream sequences that initially seem like a playful indulgence for the director. But it all makes sense in the end, in a surprising and weirdly satisfying revelatory conclusion. Suitably enough, a dreamlike atmosphere pervades the entire film, and it looks nice too, as you'd expect from something lensed by Vittorio Storaro. So with Bolkan (star of Lizard in a Woman's Skin and Don't Torture a Duckling), Storaro (The Bird with the Crystal Plumage) and also child star Nicoletta Elmi (Who Saw Her Die?) all on board, this is an understated film with a good giallo heritage that's well worth a look.