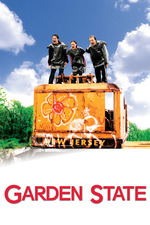 Zacks Braffs best friend in this movie deserves better than this movie. Honestly I think really why I feel the need to return and defend some of this movie is because of this guy who should have just shoved these two cuties into the infinite abyss and had his own fucking movie where he treads ethical lines, robs graves, goes antique shopping, rips bongs and gets in fights with his brother who wears a suit of armor to work. Also fuck Zack for getting to hang out with Ian Holm...

SO YEAH I stumbled on some of my old high school video projects where I (of fucking course) used The Shins music without permission a lot and then proceeded to have a weird Shins phase for the first time in like 10 years and then poof there is this thing on Hulu and poof here is this review.

My star ratings are mostly a combination of a movies worth to me personally and their worth in the greater context of...the world(?) or something...which if that was all I was going on this would be like a 2 maybe 2.5 star review. Ive read the criticisms, ive grown up, ive had real life experiences, YES I realize that its a flawed lil piece and I realize "manic pixie dream girl" (blehh i hate how trendy and worn out that term is) is a bad trope. I absolutely find Zack in this movie to be absolutely dumb and annoying but I think you are supposed to think hes stupid and dumb so that kind of works(?) although yeah Zack is clearly feeling himself too much here.

I suppose next i am suppose to talk about how this launched a thousand indie copies that centered often on an appealing confused young man who gets introduced to himself by a strange and beautiful lady. Lets bypass all that junk...whats next...oh yeah nostalgia, as much as id like to skip that part too its kind of the whole thing here.

Yes I was one of those shy kids who bought sweaters at Goodwill and could not resist cool guy soundtracks and scenes involving a guy who is so different that he cant even be worried about the plane crash he is about to be apart of. Oh yeah. Looking back a lot of it was just uncharted territory. Bizarre. Natalie Portman was actually not something to lust after, she was this strange girl I just assumed did not exist (simply because I did not really speak to women and college was still four years away). This was a big high school movie for me but I never watched it when I was the age these characters were. Having survived my twenties I cant argue that certain bits of this thing ring true to this weird limbo period between being a kid and being an adult...or at least being a little more of an adult.

Its a lovely little relic of my own nostalgia and I think it also has value as a time capsule for the early indie 2000s and idk maybe ya just dont want to remember that time, fine, skip it.

Things that make it worth it to forget about this movie: there is a lot of obvious stuff. they use the word "retard" (although everyone did constantly during this time). The manic pixie, introduce me to myself dream girl arc that sort of spoils Natalie's character in the end. ALTHOUGH I will say I think the real thing to criticize here is the arc, not the character. Maybe im a fuckin doofus but at least in the first half she is simply presented as an interesting unique character with lots of weird quirks and layers (idc i love the ice skating scene) like Braff does to amusing effect with most of the characters.

Does the quirkiness of the movie get old/less authentic as it goes along, yeah sure. Also I fucking hate the scene where the hot girl at the party wants to fuck Zack Braff. Twilight Zone stuff. AND YEAH the movie ends in that way that teaches kids that getting into a relationship is the perfect thing to do when you are having a hard time figuring out who you are and you realize you are in love with someone after 2 whole days. Yeah.

idk I think Braff does okay with his exaggerated harold and maude type visual gag world. Its maybe a little tired but its enjoyable. Its a relic, its outdated. The soundtrack and all of it is a nostalgia gateway and little more but some of that nostalgia for me as at least a little worth while for getting me to look back at some weird times in my younger days.
www.youtube.com/watch?v=M7mIyLvD-DY