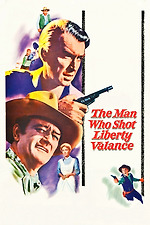 The Man Who Shot Liberty Valance

"You knew where I wanted to go, didn't you?"

"Well, you said you wanted to see the cactus blossoms..."

At once yet another crystallization of John Ford's frontier community, as well as a brutal examination of the mythic ramifications of 'The West' as it is known, and not how it actually was. Very much a definitive late-Western, echoing tendencies of Noir and realism from Anthony Mann and proceeding the revisionist era. But John Ford was already ahead of the game, and The Man who Shot Liberty Valance defines itself as a haunted portrait of a dying world, with gestural significance aplenty. Even before the titular story begins, the prologue is packed with pain and melancholy, and it establishes a story of political transition, of moral righteousness, lawlessness, and the apathy amidst America's construction. Vera Miles provides one of the greatest performances in any John Ford film.

The Killing of a Sacred Deer