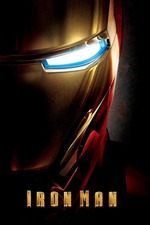 "You paid us trinkets to kill a prince."

Weapons manufacturing has a life of its own, the warmongering continues even after we stop participating, the missiles keep being built and sent to the bad guys in the Middle East even though Tony said we don’t do that anymore.

If only we could say War Profiteering Bad without projecting a brown terrorist outside the American defense industry, the xenophobic Other who's the "real" reason the weapons are bad, the "wrong hands" into which the weapons fall.

We are Jeff Bridges. We are the wrong hands.