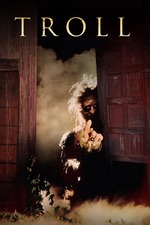 I watched the "sequel" long before this, because it's one of the best worst movies ever made. It even has a documentary made about it called Best Worst Movie. But the first one has its share of oddities too.

From the director of Friday the 13th Part VII: The New Blood. When the Potter family (father Harry Senior, son Harry Junior - not joking) move into their new San Francisco apartment building (full of...interesting characters) the daughter of the family is captured and possessed by a nasty little troll.

This has a certain bizarre charm. It's a fantasy comedy more than a horror film, and the pervasive feeling is..what the hell am I watching? The "sequel" takes that even further but this film is..odd as hell too, but again, has a bizarre outlandish charm to it at the same time. It's never great, not even ever good but it was still hard to tear my eyes away.