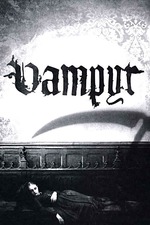 Impeccable in its formalism, but the willingness to lean on its shallow story works to the detriment of the film. The way Dreyer plays with light, the marvelous blend of score and truly creepy —and memorable— visuals are very good — but despite the showcase of arresting talent Dreyer puts on display, I can't say the same about the paths he takes to realize the film in full. Most of which, no doubt, were a product of his environment at the time, and the film is so inventive in some aspects that it almost feels unfair to expect more from it.

Regardless, this probably deserves a 3-star rating but I'm making an exception because of its formal ingenuity.