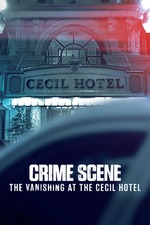 Crime Scene: The Vanishing at the Cecil Hotel

I think through all this hearsay & conspiracy theory we need to remember that 21 year old Elisa Lam did loose her life to extremely tragic circumstances. A lot of these people who claim to have been wanting the best for her were actually more interested in the thrill of the unsolved case rather than Elisa herself. Those 'sleuths' treating their trip to the Cecil like a free day pass to Disneyland sickened my stomach.

Maybe, just maybe, the hotel isn't fucking haunted. Maybe it's a by product of a country ravaged by drug abuse & practically non existent mental health services for the poor and less fortunate. Maybe it's due to the incompetent government simply swiping the drug epidemic & wide spread poverty underneath their velvet carpets and pretending everything's all rosy in the garden.

All those officials talking about skid row as if they aren't the ones in power and with the 'authority'? what are you going to actually DO about it? Or are you just going to sit back and talk about it. A lot of the mentality revolves around the thoughts that if we can't see these people and their struggles they do not exist. WRONG.

This had far too many brainless conspiracy theories & really could have been condensed for a better watch. A tragic story of negligence on behalf of the hotel & that blonde manager should be absolutely ashamed of herself. So many horrendous excuses on an incident which could possibly had been prevented if the mental health teams were called when needed instead of just moving Elisa to another room? As if that would solve all the problems? Absolutely not. A heart breaking story may Elisa Lam rest in peace.