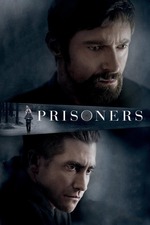 parts of this were completely horrifying and genuinely affecting, and other parts i lol'd at, and not in a good way. the script is so nondescript (heh) that it could be any one of the grim TV procedurals i've binged, and i still feel like i don't know these characters despite the actors' whole-hearted and sometimes even heavy-handed attempts to flesh them out beyond their given lines. the tendency to continuously outdo the audience's expectations seemed the larger focus, when the themes were begging to be drawn out more (possible through more nuanced characterization). i didn't have enough time to acknowledge the characters' motivations or meditate on the themes before they were pulling out another trick. it was screaming "IM A SERIOUS FILM, TAKE ME SERIOUSLY," without allowing the viewer to do the legwork of understanding why it is a serious film. the acting was, of course, great. im not trying to rip this a new one because it was thrilling, for the most part; the signposting was there in commendable, meticulous ways and the cinematography was gorgeous and grimy in all the right places. i just needed more nuance from the characters themselves; the characters should be the vehicle for the themes -- they don't ride in the vehicle. it did encourage me to think deeper, which is what im looking for all of the time.