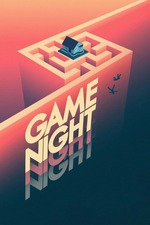 Hilarious. Plemons steals every scene he's in. Love than an obvious send-up/rip-off of The Game makes so many Fight Club jokes. Kind of shocked that any gun-related humor could make me laugh right now, but McAdams clearly knows how to make the most of a prop. Not to mention the movie has the best Denzel Washington joke we'll ever get. It's no Asscrack Bandit episode of Community, but still a very fun and very funny Fincher riff. (Be prepared to sit through some really clunky New Parents Trying To Conceive stuff, though.)

I have no idea how Bateman didn't bleed out in the time it took to get actual treament. Guy should have been pale as a sheet and fainting by the time they left Plemons' house covered in more blood than one of Michael C. Hall's old Dexter sets.