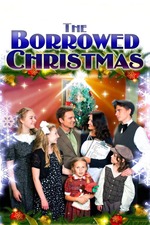 Rich man John Dale (Jeff Rose) walks up to the counter of a store where things are for rent and asks owner Anne Weston (Sherry Morris) if he can rent a "Norman Rockwell"-style Christmas. The signs around the store say they "rent anything," so presumably out of worry he's going to sue for false advertising Anne takes down his notes and he gives her a check to get started. He wants a Christmas tree, presents, 5 kids (a boy and a girl in their teens, two girls and a boy much younger), a wife, and carolers; they are to start the afternoon of Christmas Eve and end sometime Christmas evening. Anne does some painstaking research with John's sister live-in maids Bridget and Martha (Diana Schmitt and Doris Collier) and learns that John's parents passed away and his other family lives on the other side of the country, so he is sad. When Anne's plan for actors falls through, she carts in some kids from the local orphanage and enlists the kid who works in her rental store to "play" the kids and takes the role of the wife herself. Everything goes exactly how John wants it to, and when it's all over John proposes to Anne by telling her he wants to put Christ at the center of their relationship and also he's adopting all those orphans, because there is literally no other way this could have possibly ended.

This is hands-down one of the most upsettingly, unintentionally creepy movies I've ever seen. It plays like the Christian community theater version of a Tom Charley movie: completely stripped of everything remotely unwholesome, but that makes it even more skin-crawling that the movie works in the same uncanny valley of human behavior where ctom's movies exist. There's absolutely no conflict or even significant obstacles in the characters' way as they move inexorably toward the fated ending, which again just makes the whole thing even more bizarre. John has a conversation with a friend where he expresses some doubt that Anne will actually deliver him a "borrowed Christmas" (even his character must realize how creepy it is to rent a bunch of kids and a wife, so he insists on saying "borrowed"), but once it starts it goes off without a hitch. It's so strange seeing this kind of scenario--which can't help but remind me of Sion Sono's Noriko's Dinner Table and Yorgos Lanthimos's Alps--played out totally straight, with the only aim to tell a story about how "money can't buy happiness."

Except, of course, that's exactly what it does for John Dale. He pays a bunch of kids to call him "Daddy" and talk about how he's a "great man," and even though Anne stays in the guest room overnight for Christmas morning it's impossible to ignore the transactional nature of their relationship. Ultimately, rich white guy pays to have people love him for 28-ish hours, they all commit 100% to the fantasy, and at the end he talks about some Jesus stuff and gets a ready-made family. So money clearly can buy happiness, but maybe the real moral here is "maybe it shouldn't?"