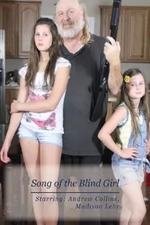 Song of the Blind Girl

A list of 20 things filmmaker Tom Charley ("ctom") does not appear to know, understand, or believe, based on the content of this film:

1. Generally speaking, night is the part of the 24-hour cycle when it is dark outside.

2. The human gestational period is 9 months.

5. Fall and Winter are the seasons when the weather is coldest.

8. The difference between "thousands" and "millions."

9. It is considered poor form for an actor to look directly into the camera during a scene unless the camera has been established as existing in the scene's diegetic space (security camera, etc.).

13. In order to create convincing interactions and relationships between characters in a film, they should look at each other at least occasionally when speaking to one another.

14. Most people have both a first name and a last name.

19. Police procedures of investigation and interrogation.

Song of the Blind Girl