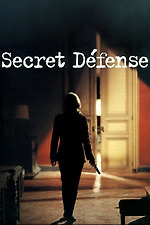 such a difficult work to talk about, watch, discuss, and endure more than anything. in many ways this feels like a predictor to some of diaz's more narrative-based work like Batang West Side, and while there's common ground between this and rivette's other previous material this ultimately feels like a different work entirely. in thinking about it, to me it feels almost like a lynch telling of this story. sylvie seems idyllic in her surroundings; successful, comfortable, desired. her past is tragic but hardly haunting, yet the horrors dug up from it are akin to those which strike the town in Blue Velvet or Mulholland Dr.

i'm really trying to avoid spoiling things but the grief and anxiety this film has in its middle sections are out of this world. i've had dreams similar to this and it's horrifying, the conundrum sylvie is in. i love reading things people have to say about this film - "a long film about killing" a recent reviewer noted. this is a coming of age film set 15 years after the fact. sylvie is past her adolescence and glee - we all learn at some point that there are bad people in the world around that age - but this is something more altogether.

i think needlessly philosophizing over horrors in crime movies can get tired but this is exactly the sort of patience that is mandatory if you want to go this route. simply having a side character we don't care about freak out over a grisly murder we don't care about is such a fucking cop out. the musing that every character goes through here and the way that they all deal with their trauma in different ways is some next-level stuff, something i've yet to see any filmmaker really get close to in spite of there being so many incredible films about crime. between this and rivette's meta films about performance, i have no doubt that diaz is at least a spiritual successor to the man.