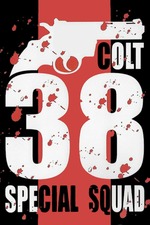 This sags a bit in the middle, but not enough to derail the narrative. Plus, it's got Ivan Rassimov as the lead villain, a Grace Jones performance from shortly before the release of her 1st lp, some fun motorcycle and car stunts, and some fairly gruesome deaths and dismemberments.

This was director/screenwriter Massimo Dallamano's final film, released mere months before his premature death in an auto accident. Though he is better known for having wrote and directed What Have You Done To Solange? - and though he also served brilliantly as the cinematographer on A Fistful of Dollars and For A Few Dollars More - his work here suggests that he could have gone on to a very successful career in directing policiers.

Stelvio Cipriani provides the film with its solid score.