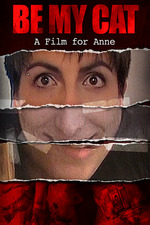 It’s not easy to make me feel uncomfortable or unease while watching a film. I’m the kinda guy, who’s seen it all. But, when I discover a gem like this, it’s truly something to remember and praise later on.

Adrian Tofei goes all out in his portrayal as Adrian, a psychopath with an autistic/asperger-like characteristics, who is deeply traumatised and mentally injured person with an unhealthy obsession for Anne Hathaway.

Tofei’s work as a lead is phenomenal. When you need to remind yourself ”this is only a performance… right?” nearly throughout the film, you know you’ve found something else. It does break the authentic feel every now and then, when the female-characters (Sonia Tedoriu, Florentina Hariton and Alexandra Stroe, respectively) come-off as unnecessarily and unbelievably naive. It’s irritating, but the film’s strength is to get a hold of you as soon as it goes along. Couple of dull moments, yes, but still a superb showcase of talent.

Extra special mention goes for the final 15 minutes of the film. If that tension doesn’t grab you by the throat, well, I don’t know what to tell you.