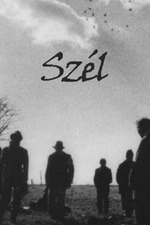 Winning the short film Palme d'Or over the likes of João César Monteiro and Lynne Ramsay, Wind showed a lot of promise for director Marcell Iványi, who was only 22 when the film premiered at Cannes. Telling the further story of the photograph that inspired it, Iványi speaks of his imagined world in power, stillness, and grace. It's a haunting film, more avant-garde in its intentions than even the other Hungarians kicking around the arthouse at the time. The camerawork almost seems fixated on the path of its birds, with the moments we see feeling as perfectly placed as they do entirely incidental. And while Tarr may seem like the most obvious comparison for its aesthetic, its closest Hungarian comparison might be to Miklós Jancsó. And beyond the border, I would say the spirit of this film, reeking of history as permanence and beauty within the frame of tragedy, owes a lot to Theo Angelopoulos.

Wherever the rest of Iványi's work seems to be hiding, I can't wait to find it. And considering that he's still younger than many of the greats working today, I hope he finds his next breakthrough with a work as phenomenal as this one.