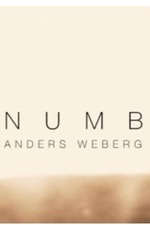 From the filmmaker that is releasing the thirty day long film 'Ambiancé' in 2020, comes this incredibly brief short film from 2014. I've seen the trailers for Ambiancé, and it doesn't impress me at all, but as for this short, it proves Weberg stands for more than spreading his name through gimmicks.

Specifically, N U M B is a tribute to his son, André, who passed away the same year this short was released. It's an earnest, minimalist, simple little short, and maybe a director like Weberg is best seen in these vulnerable and accessibly beautiful moments like this. It's a simple image of what I believe is a lighthouse, fading in and out of focus as filmed from far away. The landscape shifts and shakes, the score of the film is slightly disturbed in its ambient noise that almost sounds like warped yelling, it's a striking image that gives purpose to the short runtime.

The first sixteen minutes of Werner Nekes's Diwan come to mind, though that film is a lot better at giving that calm, but slightly uneasy lure of nostalgia. N U M B is a bit too brief to commit fully in the way Nekes does, but the humbleness of the film beside a silent statement of mourning, it allows me to respect Weberg more even if I think his upcoming ventures are over-the-top and forced.

But even in a personality willing to conjure up these ambitiously flat ideas, there comes the occasional moment of a real attempt at getting viewers to understand and feel personal and abstract emotions that Weberg may have been going through. N U M B is the silence to an unnecessarily bloated artist, and his silence is where you'll find the director's brief moments of substance, and an honest grasp at something greater than somebody's attention.