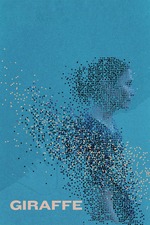 Fixated on social and structural functions, Giraffe is an often beautiful little film with a fascinating backdrop of cultures in constant motion, intertwining and acting as much like an inherent part of the world as the wind or the waves. Or at least that's how Anna Sofie Hartmann directs it.

Not totally opaque; in fact Giraffe feels quite gentle and human at times. That said, it is an "art film" very closely dedicated to atmosphere and not as concerned with immediate answers and understandings. Hartmann operates with full ability, though the picture she paints isn't as vivid as it could have been. That might be frustrating to someone testing out their new Mubi trial or stumbling into random features at their local film festival, but I think a film like Giraffe shows a lot of promise for Hartmann. Similar to what I saw from Joanna Hogg's Exhibition back in 2013, it was an important step for her to reach the ultimately wiser and more watchable The Souvenir. And yet, there are still points unique to Exhibition that I think back to fondly, traits which make that film so memorable even if it falls short of Hogg's greatest strengths. The same goes for Giraffe, Hartmann's second feature, which promises a lot for what she can deliver next. Those promises exist here a bit unorganized, but they still make for an interesting film in its own right, one worth checking out while we wait for what will hopefully be her eventual magnum opus, whatever and whenever that will be.