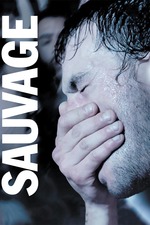 Sauvage. Yes. Yes indeed. A slowly-paced character study that made me horny, then broke my heart. So, one of the best kinds of films you can see. Felix Maritaud is a powerhouse, the cinematography was gorgeous, there’s actual full-frontal male nudity and graphic gay intercourse. Leave it to the French to offer up a frank and brutal story of abuse, loneliness, and lust. Part Taxi Driver if Travis Bickle and Iris were one character, and part A24-esque cinema that’s more willing to go the extra mile than most actual A24 films. Operates as an empathy machine, but not just that. Complicated is a good term to describe our protagonist, and therefore the film as a whole. Absolutely going to see this again if I get the chance. If you’re in the need for some gay melodrama that’s on-the-nose in the most artistic and actually effecting way possible, look no further than Sauvage. You’re built to be loved.