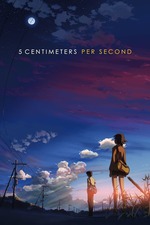 Do you remember the first time you ever fell in love?

I was about 12 years old when it happened to me I think. I am not a very sociable person. I do get comfortable around people once I spent time with them and when they know me for who I am. So I didnt have much friends back in the day. But there was this one girl(not going to say her name) though that always came and talked to me. She was a really popular and a beautiful girl too. I didnt understand why she always came to me during a free period or lunch time to chat. Maybe we had similar interests. She was into WWE as was I at the time and we just kept on talking about the things we liked and disliked about it. Whatever the reason may be I felt happy speaking with her and eventually starting having a crush on her. So what did I do about it? Well, nothing really. Seventh grade ended and we were in separate classrooms by next year. Sure we met a couple of times during tuition and what not but it was never the same. Eventually she was in my class during my final year. So what did I do then? Nothing. You see she had changed. Not to the worse or anything but it wasnt the same girl that you could say that I fell in love with four or five years ago. I still really liked her and she is a very good person but I did learn to move on with life.

So what does this have to do with anything? Well letting go of your first love is the central core of what Makoto Shinkai's( Director of Your Name) Five Centimeters per Second is all about. This movie is kind of special for me not only for how relatable it is but it was the very first anime film that I ever watched. In that way it is very nostalgic to me. I remember falling in love with the incredible animation, melancholic music and the sheer nostalgia and sadness of it all. It has every thing you could expect from a Shinkai film. Star crossed lovers who are separted by something, Trains, near perfect animation and the deep sense of longing. The story is not the best thing in the world but it's because of Shinkai's direction, the beautiful artwork and music that drives ths plot home.

One of the most famous and even the most negative thing anyone could say about this film is the ending. Many felt it was too depressing. I was one of them though I still enjoyed the movie. But I felt it was a necessary and fitting ending eventhough I didnt understand why I felt that way. Now that I am older, I think I finally know a way to describe why this ending was the perfect way to wrap things up.

SPOILERS FOR THE FILM IN THIS PARAGRAPH
So what happens at the end is Takaki and Akari walks past each other in the same train tracks where they promised to see the cherry blossoms bloom about 13 years prior. When they walk past, they both kind of realize who the other person and turns around to see each other when a train appears blocking their view. We see Takaki standing near the side of the moving train wondering if she is still waiting there. Eventhough it has been so long, he still feels that he is in love with her and he doesnt know how to let go and cause of it his relationship is failing with his current girlfriend and he even quit his job. But when the trains have finally left his view, we see that Akari is nowhere in sight. Takaki has a very brief glimpse of sadness and disbelief before putting on smile and walking back home. He realized that she has finally moved on with her life and if she can do it, why cant he? The final smile he had at the end was him coming to terms with that and finally able to let go of the past and move on with the future.

I mean then again who has ever ended up with their first crushes? Only a handful of people.

It is not the best anime film ever made. It certainly has its problems. The story does feel rushed due to the runtime of the movie which is just one hour long but you just cant help but take in this very poetic and very Makoto Shinkai film.

While I do think Your Name is his best film to date, Five Centimeters per Second is the best "Makoto Shinkai" film the one where he near perfectly displayed his themes and ideas and thus becoming his most quintessential effort even if its not his best one. Never have I seen a film that captured the feeling of longing for something this well and this beautiful. Its sad yet hopeful. It almost feels like poetry.