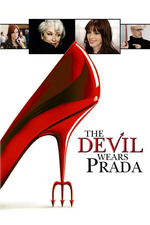 Anne Hathaway is a legend for this. Same with Meryl, obviously. A fun movie from the mid 2000s that must have introduced millions of kids to the world of fashion. I’ll admit that it hit harder in my 20s then when my mom forced me to watch it back in 2007, or 8 w,hen it was on abc family, lifetime, oxygen, whatever television station moms were watching at that time. The ending confused me though, are they insinuating that she’s going to commute to and from New York and Boston? It can be done but it’s not an easy trip. I almost wish they just didn’t get back together and stayed friends, but let’s be real, it’s 2006 the girls gotta end up back with the guy. Anyways, what really got me hooked was Maryl’s monologue about the Cerulean Blue sweater Anne Hathaway’s character was wearing. Made me realize that I’m just like Andy. Most of us are. I wonder if this will kick start my research into fashion?