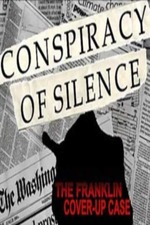 This documentary has one hell of a backstory.

So I've been told: A mid-90s Discovery Channel doc exposing a child sex ring that lead to the highest levels of state and government gets mysteriously pulled right before air and (almost) all copies destroyed. A rough edit of the film was sent anonymously to a lawyer campaigning for justice for the kids.

It's put together like any other hour long, made for TV documentary, but its documented suppression and lurid subject matter really give it that creepy feel.