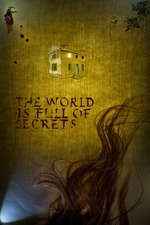 No Chorus’s review published on Letterboxd:

This is mostly just about me, I’ll talk about this film properly someday too. At least I warned you.

It comes up a lot when I talk about films, in fact I wrote a whole thing I never put anywhere about how I'm going to stop talking about it but then it kept coming up again, but when I was 13 a guy who lived on my street, who beat me up a couple of times but also hung out with my friend a lot, murdered his friend's mother.

There's many horrible details about it and what happened (in days, months and years) after. I just checked the initial details for the first time in 20 years and I didn't make any of them up in the telling, despite what kind of teenager I was. This film made me think about that, specifically about the first time I told that story to a new group of people. Like an incantation I used to trick them into thinking I was a whole person.

I was in what I'd imagine you'd call irish-language-immersion summer camp. In a gaeltacht you stay on bunk beds in a family room in the area. I had no siblings, cousins my age or friends hugely interested in me being in their house overnight. I also went without knowing anyone which is, I think, relatively unusual for these places but not for me, then or ever. Intense social anxiety makes the initial experience so difficult my reckoning never makes it to that step. I still go to most things alone or with my wife, who I would happily go anywhere with.

The Gaeltacht is actually one of my earliest memories of ending up somewhere and feeling panic at a delirious level when I realised how much socialising was involved.

In the day time you do classes and activities. I talked to no one for the first week. Not a soul. They had locals, who spoke irish as a first language, a few years older than us there in like scout-leader roles. One of them briefly tried to talk to me but even he gave up, despite technically being paid to do so. I eventually ended up following around with some pearl-jam-shirted "goths", as we were known at the time, one of which I was particularly friendly with and all of which really wished I was anywhere else. I think my not being cool enough meant they didn't invite me to join in the interpretive dance they did to amnesia (pulling teeth). Instead I and one of the real friends I eventually made there did a cover of Peaches by the Stranglers with the lyrics changed to be about one of the camp workers. A rare occasion that history has proven me the victor.

I should mention that what made this difficult was that you had to speak irish or you'd be sent home. By then I had already settled on "well, I can't talk to people or make eye contact but I can be funny". But not in irish. I couldn't really speak it then nor can I even say three words of it now. I technically studied it for 14 years or something. Cool feeling, I recommend it. Eventually it turned out you just had to include "some irish" in each sentence so I ended up speaking with this kind of gnomic factiousness.

We were also supposed to speak irish in the house too but the leader a few years older of stuff that was supposed to enforce that knew less irish than I did. There was a different language I didn't know going on there too, obviously. I was even more of an unmade lump of clay there than my sentences were during the day when I was saying stuff like "[the irish for "me to eat to need"] something-alacht that [the irish for "an object"] that [the irish for "we will not be"] soup." I was deeply, profoundly sheltered in a way that can only breed contempt pointing both directions. It felt like the other 14 year olds in the bunk beds around me had seemingly already shifted hundreds of girls while drinking pints of cigarettes with the filters ripped off. One of them got me into rap music. Another one called me over, while sitting with a group of mates, during the break between classes to ask me who I was talking to and then, while I was struggling to answer, said “no one because you one ever wants to talk to you.” Punching him in the face a few days later and throwing his disposable camera with three weeks of photographs into the bog when he wasn’t looking on the last night was good in fairness.

Being 14 is all about being a gross pustule or realising you’ve got shoulders or something. I wouldn’t know. I’ve always just felt like a hovering ball of light, albeit piss-weak bathroom fluorescence, instead of a guy with knuckles and calves or whatever. For 25 years I have habitually fixated on how repulsive I am but in a very abstract way: how I’d feel about a pumpkin decaying in my garden halfway through November, attracting neighbours’ frowns.

So the first night to assert myself I talked about the murder that happened last year within sight of my house. I began with talking about the murderer occasionally shouting slurs and throwing stones at me , an approach to a story a woman gets murdered in which is as appalling as it is right in line with the lineage of true crime. Then I moved on to the details. There are so many open goals for merciless emphasis in the story and like both characters we get to see in The World Is Full Of Secrets I slammed into them again and again.

Even at the time I remember getting mad that one guy said “wow, you must come from a dangerous area” when the whole point was this happened in a sleepy housing estate in grey misting rain. This frustration that a corpse in a grave and the life that preceded it weren’t doing the work I demanded of it, would be a familiar feeling for the next decade. It took that long to realise the extent to which I was imagining how I was being perceived, trying to subvert or overwhelm it and producing hurtful, embarrassing consequences for everyone I encountered. I pulled myself apart for not understanding myself and I used the bones of anyone sympathetic to do it. I glommed on to tedious, hateful people because I thought they’d figured it out. I tried to outdo them. Only a couple of people I knew as a teenager or in college are still my friends, they are extremely kind.

I was as afraid of the lads in the house as I was of the story. I tried to make it scare them, to overwhelm it. I can remember looking down at my converse with flames on the side while doing so. What I didn’t say while telling, I didn’t have the words in any language for this then, is that it wasn’t violence that disturbed me...it was likely more that something so viscerally tangible had taken place at all. In truth I never once considered it could happen to me. Just one of the many luxuries of being the clipart of Kind of Person Who Doesn’t Get Murdered.

Hearing myself imbue it with all that gravitas that time, or any other teenage time I rolled it out to match the flaking screen-printed leers on my Clockwork Orange t-shirt, a film I saw four years into wearing said shirt twice a week, didn’t convince me it meant anything, really. Every day on the other side of my parents’ street I also saw the house where the perpetrator lived and often tried to imagine how it must feel in there.

Nothing interesting ever came of I, or anyone else, attempting this for that specific murder or, indeed, any others.

Years later I got into horror films after a particularly intense teenage break-up amidst exams, a particularly poorly managed severe depressive episode and an apparent conviction I was the first person ever prescribed antidepressants. Before then I had some morbid fascinations, especially in music, but I was ultimately afraid. The few non-comedy horror films I’d see, The Blair Witch and The Ring, followed me around too much in the corners of my vision. In response to all those pressures I surrounded myself with the slasher figures I fixated on in video rental shops, a place I associated with constant unparsable intrusions of adulthood. This new fearlessness was because I had become so afraid that I needed an external haunted house to fight against, one that wasn’t me.

Hellraiser was the one immediately: horror bourne from the overwhelming information about what you and others want your and others’ body to be for. Not just for sex, not just for violence but for sport, for walking, for standing on stage holding my saxophone. In school I got bullied, though no more than anyone else really, for looking physically ridiculous. I realise I was afraid of these insults because I couldn’t perceive myself, people had dominion over me because they could see me in the world. I couldn’t. Instead I ended up plastering the inside of my head with the gouts of blood and shiny gore of the physical so I could make believe articulating it.

All of this feeling rings out from World Is Full Of Secrets like a church bell for me. In the way the friends move around each other, the way they discover a newspaper clipping of a crime, the glib jokes about it and the two central stories performed with equal amounts of theatre kid precociousness and youthful unsteadiness. Knowing how you phrase a story describes you. How to create a moment, how to signal you’re not phased. How to panic while someone is playing the knockout game badly (another gaeltacht memory). The pulsing of the fade-ins and fade outs, of the main conversational focus shifting. It’s a key part of young people talking to each other I’ve never seen illustrated so well before.

Panicked laughter is a common fear response. Teenage years are constant waves of new consequence. A happier me drowned in my own head out of laziness and fear. The waterlogged corpse stuck around to vomit bile I didn’t recognize at people I desperately just wanted to like me. The world really is full of secrets, I was one from myself for a long time.

No liked this review

No is using Letterboxd to share film reviews and lists with friends. Join here.