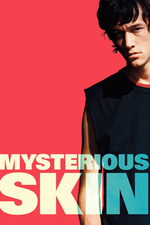 watched this in a state of utter shock, disturbance and an overwhelming amount of sadness.
not since mother! have i ever been so conflicted as to how i feel about a film. and not conflicted as to whether i think it's a good film or not - there is no doubt that it's exceptional. utterly heartbreaking, provoking and so explicitly raw. but i was confused and left jarred as to how i actually feel about it. do i like it? or am i too confronted and stuck-still to have enjoyed the film?
enjoyment is such an odd term. particularly in terms of films that leave you feeling icky and sad and rattled; staring at the screen long after the credits begin to roll. would i watch this again? i'm conflicted.
every part of it had my lip trembling and my tears puddling in my lashline. i don't know why they didn't fall - maybe i felt i wasn't connected enough to the story, or perhaps it was the complete other end of the spectrum and my hallucinated state left me too immersed to move, even the uncontrollable parts of my body stifled still. i don't know.

the beginning scenes had my skin crawling and my face twisted in disturbance. everything was so believable. and i hate that it was. so twisted, so tragic, as we are let into the horrible events happening, just between coach, the boys and us. we are outsiders looking in - bystanders unable to do anything about it. the camerawork was remarkable in the way it personalised everything as well. the closeups on coach's face, the deliberate exclusion of certain parts of the screen. we knew what was happening anyway.

the performances were great, and both leads were completely believable in their roles. it was interesting watching them apart, and how their shared childhood trauma resulted in such different adolescent routes. then when they were brought together at the end, it was a beautiful and tender moment. such a brilliant ending.
brian and eric becoming such good friends was a lovely storyline - their chemistry was beautiful to watch as they welcomed one another into their lives.
both stories (brian and neil) were awfully miserable and shaking. brian's inability to recall what happened to him was god awful to watch. he was searching for something to believe in, something to 'fill the blanks,' yet it was simply futile. similar to what avalyn mentioned, it will all begin to piece together, anyway. and when he thought he had found a friend in her, but she began to follow the thoughts he was regressing. god, both stories are just so sad. so so sad. watching neil go from the tender and emotional encounter with the client with AIDS to the brutal and forceful rape was thoroughly sickening to watch unravel.

mysterious skin is intense and open and has left me in a state of utter sadness and helplessness. it was awful and brilliant and confronting and a brilliant look at the effects of childhood trauma and two of the many different routes it can unwillingly lead people to.