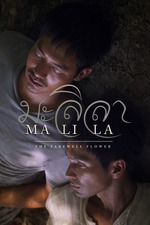 When I was in Bangkok in 2015, my Thai friends were insistent that I had to see The Blue Hour, the first film from Anucha Boonyawatana which had had its premiere at the Berlin Film Festival earlier that year. Anucha was all over the Thai media at the time, arguing as a trans woman for more representation of GLBT characters and stories in Thai film and television.

Although the narrative breaks down as the film progresses, I really like the story of two boys forming a relationship in the face of societal opposition and thought she had done a great job of integrating supernatural and spiritual elements into a well worn plot (at least in terms of western queer film stories).

Then mid-last year I saw that Anucha’s second film had been selected as Thailand's entry for the Best Foreign Film Oscar and had won a swag of Thai film awards and awards from international queer film festivals. My Thai friends were raving about it but said I would have to wait until next Christmas for a DVD because it really needed to be seen on a big screen. As usual, they were right.

The film is set at an indeterminate time in rural north eastern Thailand - my best guess is that it is set somewhere in 2008-2011 which was when the long running Thailand Cambodia border conflict erupted again. The story is told in two distinct halves. In the first half, Shane (Sukollawat Kanarot) is a farmer who grows, amongst other crops, jasmine flowers which are harvested by Pich (Anuchit Sapanpong) who uses them to make bai sri, those elaborate, multi-tiered decorations of woven, folded and stitched banana leaves tipped with spikes of jasmine and other flowers. The bai sri are the perfect symbol of the transient nature of existence since the first flowers in the construction are beginning to wither and die by the time the work is completed.

You need to pay attention, because Anucha is weaving a slow spell of tranquil normality into which bits of information drop. I was surprised how much had happened under the surface by the end of the first half hour. The lingering glances between Shane and Pich have a substantial back story. They were lovers before Pich left to move to Bangkok to be able to live his life as an openly gay man. Shane stayed behind, tied to the family farm, married and had a child. However, he was desperately unhappy at being seperated from Pich and began to drink. One day, while he was meant to be minding their child, he fell into an alcoholic sleep and woke to find that his child had been crushed to death by a giant python. He drank more to cope with his guilt and his wife left him.

The supernatural elements also appear for the first time in this half hour. Pich has come home for his mother's funeral - she has been burnt to death by the villagers who believed she was a witch. His life in Bangkok has not been hassle free. He was diagnosed with lung cancer and underwent a round of chemotherapy which was unsuccessful, with metastases now affecting him badly. He has ceased conventional treatments and has turned to traditional medicine and his bai sri making which serves as a form of meditation.

Pich and Shane resume their old affair and Shane announces that he intends to begin a period as a monk in the hope that making merit will atone for his previous actions and help Pich overcome his cancer. If Pich dies, Shane will remain a monk as an offering for Pich's next incarnation.

In the second half of the film, Shane has entered the monkhood, not in the local temple but as an itinerant monk who heads into the jungle/forest with a mentor and moves from village to village, camping out with only a mosquito net and natural features in the landscape for protection.

The core scenes in the second half take place in a rural cemetery where Shane's mentor Monk Sangchai (Sumret Muengput), who it turns out used to be an army Colonel, knows that dead bodies resulting from the local conflict are cremated, or often just dumped. The clear implication is that he has had a hand in these killings in the past which is why he is now a monk.

Shane and his mentor are not just Buddhist monks, they practice asubha kammatthana, or corpse meditation, a form of mindfulness training that requires a person to stare at rotting corpses in a cemetery. From my limited knowledge of Thai Buddhism and some online searching, the object seems to be to control bodily desires.

They find an abandoned corpse, its features unrecognisable, its skin burnt black by exposure to the elements, and crawling with maggots and insects. Shane's meditation beside the corpse leads into one of the most amazing final shots I have ever seen in a film - stunningly beautiful, enormously sad, and utterly perfect.

It is probably inevitable that Anucha is going to be compared with Apichatpong Weerasethakul and with Tropical Malady (2004) in particular but I think this is both unfair and misguided.  Apichatpong  is such a towering figure in Thai cinema that almost all serious Thai films are made in his shadow. While there are some similarities in the films' settings, the animism that underpins the spiritual/supernatural elements in Apichatpong’s film is quite different from the Buddhist elements in Anucha's. If anything Cemetery of Splendor (2015) is a more apt comparison. It also made me think of João Pedro Rodrigues' The Ornithologist, one of my favourite films of 2017, although again there is not any question of influence as both were being made at the same time.

However, allowance should also be made for the fact that ghost stories have been a fundamental part of Thai cinema since its earliest days, and rather than making thematic comparisons, it is entirely reasonable to see all three films as part of a rich genre in Thai film making. It is also relevant to remember that most Thai houses still have a spirit house to provide a shelter for spirits that could cause problems for the residents if not appeased. In this view of the world, the spirits are not supernatural but are an accepted part of the natural world.

I was completely blown away by this film. While it is not fast-paced, I also did not think that the put down of "slow cinema" I heard from the people behind me was warranted. Looking back, an enormous amount of storytelling happens across its 94 minute run time and, given that I am still thinking, four days later, about its themes of love, loss, transience, forgiveness and reconciliation, it also taps into issues that resonate across cultures.

I hope I get another chance to see this on a big screen (ACMI was about half full for the single MQFF screening, so I don't hold out huge hopes), or at least on a good DVD transfer. It is this year's major contender thus far to find a place in my all time top 20 at the end of 2019.