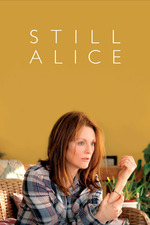 After watching both this and "The Father" with the span of a couple months, I'm getting paranoid about my own frequent daily memory lapses. Mine seems to be a much slower burn than what happened to Julianne Moore or Anthony Hopkins, or is that just because their stories were condensed into bite sized movie length and I'm an idiot? Can Alzheimer's spread incredibly slowly over a matter of decades? I've been aware of my cloudy memory condition for quite a while now, but attributed it to absent-mindedness.

Like, how do people tell super-detailed anecdotes about things that happened to them years ago? At best I can only recount a small handful of significant markers about any moment that happened to me in the past as well as the overall gist, not a minute-by-minute breakdown of conversations and what people were wearing and the eye color of that guy across the street...how does everyone hold on to all this information for most of their lives? Are they faking most of it just to be good storytellers? Did I sacrifice specificity of life memories in exchange for storing so much knowledge about movies instead? No, because I've known other people who don't even care as much about movies as I do who can recall way tinier aspects of any given picture than I ever could, so I'm not even a master of the subject I've dedicated my deepest, longest enthusiasm to. If it was a matter of prioritizing one topic over all others, I don't even have much to show for it aside from being able to tell anyone who cares (read: nobody) that, for example, there was a movie in 1980 called "Simon" starring Alan Arkin, Vincent Schiavelli, Austin Pendleton, Wallace Shawn and Madeline Kahn. [editor's note: nope, Schiavelli wasn't in it - you were thinking of Fred Gwynne and Max Wright. Please see a physician already].

Sometimes I think it's because of all the trivial multitasking I have to do at my job ([the nature of which has been redacted from this review]), and how having to juggle all those ephemeral instructions every day for my whole adult life has made it harder for me to remember most things long-term. But that can't be true either because there's nothing special about my job that I'm sure every other son of a bitch out there doesn't also have to deal with. Maybe a lot of people have to take on much heavier memory loads than me even. Maybe my forgetfulness is totally normal and I just think it's worse because I'm self-involved...

Wait, what was I supposed to be writing about here? Oh yeah, "Still Alice". The more compassionate, touching, sometimes ethereal yang to "The Father"'s harrowing, heart-crushing, sometimes nightmarish yin, it doesn't suggest the frightening loneliness of this condition so much as the bittersweet dimming of the light in one's eyes as they deteriorate. But she's surrounded by loved ones whose exasperation we mercifully never witness, and even has a late moment of personal victory at a seminar that induces positive emotional saturation. As a film it never seems to be forcing itself on you, telling a strong, informative story with forthright sincerity. Julianne Moore and Kristen Stewart seal it.

Not to be cynical but that's 2 movies about Alzheimer's in less than a decade that won their afflicted lead the Oscar. Amy Adams, Glenn Close and any other perennial Oscars bridesmaids: you know what you have to do.