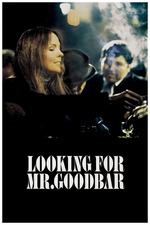 Spoilers in the sense that I mention the inspiration for the film; don't google it if you don't want the whole thing spoiled.

When I first saw LfMG in the 90s, I hated it. I hated what appeared to be a message movie propping up patriarchal views of women with no subtlety or nuance and little narrative merit to justify it. It seemed to be telling me to be a good girl or any mistreatment was my own fault. And as a 90s teenager, I wasn't about to swallow that kind of misogynistic garbage. How a narrative plays out is how meaning is painted.

Years later I read into the background of the film and it turned out many considered it (or it as extension of the book) a feminist howl against the inherent violence of the patriarchal system, and held it close as a cathartic and unrelenting eulogy to Roseann Quinn, not least in it's unflinching attitude. Supposedly the events sparked protests and polarised opinion as to whether the case was an emblem of reckless women needing to alter themselves or that society is inherently sick when women cannot be reckless without sparking a misogynistic urge to punish the transgressive woman, or the woman who dares to do the same things as men. I read original newspaper clippings about the events swirling around the case, the book, the film, and there's the faint whiff of zeitgeist to it all.

Not only did the research make me think I might have projected my assumptions about narrative onto the film, it made me realise how much the 90s encouraged such readings. The 90s returned to more straight forward narrative and emotional manipulation and it made me wonder if might have been part of a disarming of critical thinking skills.

Certainly I accepted that the film might have been daring to trust the viewer to see that the film was poking the bear in the right way. Maybe the film is trying to make us angry in order to take that out into society and direct it somewhere useful, not making us angry in a vacuum.

On the other hand, the honest denouement might be exactly as it feels. The book certainly was heavily criticised for sending messages, so it still could be exactly what it feels like.

I still don't like the film, for what that's worth.