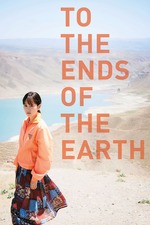 To the Ends of the Earth

Some parts didn't really make sense, like the final stretch where she escapes from the police for no reason.
A recurring fear in the main character that never really shows motives, although it's taken as a cliché that all Japanese are like that abroad.
But even so, most of this film simply but neatly constructs an absorbing character study.

Certainly it depends a lot on the amount in which you can identify with the protagonist, but I feel that even if you do not make a connection with her, her journey is understandable and I think that more than one can feel sympathy for her feeling of unease in a foreign place, where everyone looks at you and identify you as an outsider.

It doesn't ground all the concepts it develops, and some argument lines feel artificial for the sake of drama (the fire in Tokyo, and her concern for her boyfriend) but stays steady most of the time, and flows gracefully if not effortlessly.

The Ultimate Playlist of Noise