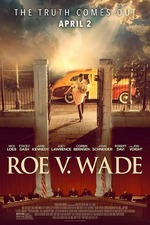 Some men are delighted to say that men have a lot to do with the rights that women have achieved in recent decades.
Although they tend to be so manipulative that they also tend to purposely forget who it was that took them off in the first place.

And for decades they have continued to fight to prohibit them from what to do with their own bodies, even though we know that if it were the other way around, we would see abortion clinics on every corner.

This poor propaganda uses laughable arguments to argue against abortion, especially religious guilt, because apparently you always have to feel bad for the imaginary dude.

Presenting your opinions as facts and having others decide how to accept or disdain them is pathetic and immoral. Especially on a topic like this.

But I will not delve into it, this is a movie and it's a terrible one.
Cheap, simplistic, poorly written, directed and acted.
A total waste of time.