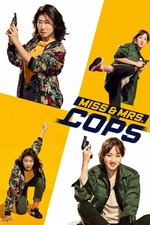 It has the style of many South Korean comedies, and the chemistry between the leads is natural despite the marked difference in ages.
However, it has a serious drawback and that has to do with how it handles the times of its own narrative.

The subject the film exposes is very serious, a grave one in South Korea, but because this is a comedy, it tries to be too funny in points that it shouldn't, and it tries to be more serious, where it should be a little more relaxed.
So there's a serious imbalance in terms of its tone. However, it never loses sight of the fact that it's still a buddy-cop comedy and that's how it handles itself until the end.

Totally disposable, but to entertain yourself for a while, it's not a bad option.

Sometime Other Than Now