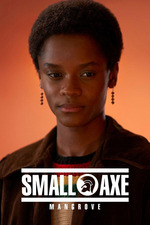 Although he manipulates certain aspects to overload the drama, Steve McQueen shows his nimble hand in this solid and content courtroom drama.

The only thing that surprised me is that despite the length, there are many one-dimensional characters, especially policemen who are only portrayed as simple villains.
Not that we need a lot of depth on fundamentally racist characters, but at one point in the repeated raids, these look like simple cartoonish characters.

Beyond that point, McQueen delivers a little movie that makes a lot more noise than the bombastic The Trial of the Chicago 7.
Ironically, one is nominated for the Academy Awards, and this is just one piece from a television anthology.