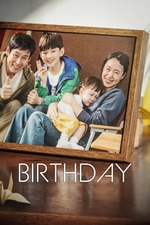 Losing a child is devastating and that's pretty much the story of this film. But the narrative is focused on the aftermath.

What we see is the grief and how it's carried in private and in public. Especially when the family has ended up fractured by the event.

This story shows two adults who cannot cope with the loss, so they have lost the ability to communicate with each other, while the girl they still have, who just lost her older brother, is in the middle of the two.

The greatest success this film achieves is that the script doesn't try to judge anyone, and this more than anything is reflected in the way in which different people who also lost their children in the same tragedy - The sinking of the MV Sewol - face their loss.
Clearly this film has its protagonists, but the story recognizes that mourning is not the same for everyone.

The performances are quite good, but there are certain negative aspects about that, but that's not the actors' fault, it's the script's fault, and how the director constructs the story, and by this I mean the constant heavy load of drama.
There's very little room to breathe and there are certain points where the characters, especially the character played Jeon Do-yeon, are completely mired in their pain.

I'm in favor of dramas that deal with that style, but this has to involve certain changes in the rhythm and Birthday never does that.
It holds the same tune throughout its duration, and while it's well done, you can't help feeling stuck.

Ultimately Birthday is a portrait that invites us to understand what an emotional process like this does in people and, as even those of us who have faced it, know our own problems with it, which is why its journey leads to acceptance and empathy.

Life will never be the same when a part of your family disappears, but that doesn't mean that eventually we all have to move on accepting and understanding that loss.