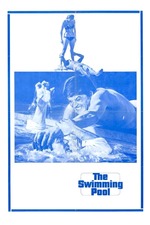 So this film was in my mental queue for years and when Luca Guadagnino's A Bigger Splash (2015 remake) came out, I purchased a German import Blu-ray. Last night, it finally reached the top of my Blu-ray queue.

They shot two versions of this film-- French language and English language (for the intl. release). Imagine what a pain in the ass that must have been-- The production had to shoot English takes after finishing their French takes. As a director, I can't imagine how difficult that must have been. It's like making two films at once. Very impressive though. If you compare the takes, sometimes they are nearly identical.

The Blu-ray has both the French and English versions. Being that I don't know French (even though I took years of it in high school) and there are no English subs, I watched the English language version. I went back and rewatched certain scenes in the French version. I can tell that the French version is tighter in pacing, performance, camera moves... almost everything. And the ending is different. The English version tacks on a horrible last shot that changes the entire meaning of the film.

This is definitely a must-see... hopefully it gets a proper US release with a subtitled French version soon.

Btw... I think there is also a Spanish import that has subtitles but not sure.