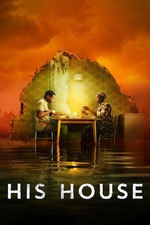 As someone that generally does not enjoy watching horror and has had a genuine trigger of jump scares since childhood, this film wasn’t the most enjoyable for me to watch.

However, what I did enjoy was the way the film depicts the manifestation of PTSD with a story at its core that is a different kind of horror. The “ghosts” in the film are mental scars on the characters that haunt their psyche, which is all the more harrowing.

There is also great nuance to the scriptwriting, particularly any scenes with the British characters. Their dialogue is brief but effective in portraying the xenophobia that is rife in the UK, even from people that are meant to protect the vulnerable. The line “their house is bigger than mine” sticks in my mind.