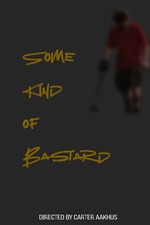 Some Kind of Bastard

I got the impression that this narrative was supposed to be experimental, and I enjoyed it. The “obsession sequence” with the metal detector and the red herring with the soda can under the guy’s legs were really cool parts in particular. I also liked the ending and the questions it raised.
However, there were some confusing moments that took me out of the story:

In the beginning, the main character finds his fishing line is tangled. If he’s just sitting in a boat, how would it get tangled? Was it already tangled when he put it in the boat, and he just didn’t notice? Was this supposed to be intentionally unexplained like the safe disappearance?

These questions took me out of the film. I liked the safe’s disappearance because it felt like part of the story instead of a confusing detail like the fishing rod.

The transition between the swimming scene and the safe in the garage was a little abrupt and confusing. I could tell that his fishing hook had caught on something important, but it wasn’t clear that Adam’s character knew that yet. I was waiting for the moment where he realized it's importance, but that moment wasn’t particularly clear. Then it suddenly switches to the safe in the garage while I’m still waiting for him to “notice” it.

I was able to fill in the gaps, but because of the awkward transition, it takes enough mental effort to jerk the mind out of the film.

The phone call dialogue was hard to make out and I had to rewatch it to hear what they were saying.

I thought the time lapse digging was a cool idea, but because of the jerkiness and blurriness it felt comical instead of intense. (The reverse sequence didn’t have this problem, though).

The Lives of Others