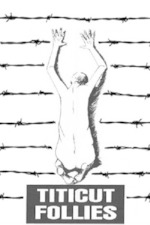 Attacking the work of the Direct Cinema movement, Jean-Luc Godard wrote, “Their eye in the act of looking through the viewfinder is at once more and less than the registering apparatus that serves the eye.” Wiseman’s eye, meaning his choice in framing within a particular location, is located in its gaze toward the patients of the hospital. He often shoots their faces in close-up when in interaction with the guards. This is one of the more crucial choices in his construction of how power is built and maintained at the institution he is recording. By denying access to the faces of the guards, Wiseman’s film thus gives more focus to the experience of the patients, who often appear panicked, confused, and scared. These close-ups, with often the guards and doctors turned away from the camera, create a sense of paranoia for the patients.

Crucial choices in the way Wiseman narrativizes events in his films also return agency to the patients—or better yet, demonstrate a lack of agency. One of the most harrowing sequences shows the abuse of a patient who is constantly reminded to clean his room. The guards repeat this every few seconds to the patient’s aggravation, all while shaving and “caring” for him, which seems to create an adverse dependent relationship (he learns to take abuse while simultaneously being cared for). The patient becomes more and more aggravated at these constant reminders, but never violently resists. At the end of a long take, however, Wiseman finally shows the patient’s “dirty” room, which is entirely empty. The patient marches around in the empty room in a harrowing rhythm. But what is missing here beyond the lack of a bed or any furniture? Were they removed because of an earlier confrontation? Did he make some sort of mess that has been cleaned up? This choice to leave the spectator with only the shock of the empty room is one of the clearest choices Wiseman makes, which is to capture the experience of the patients and their absolute lack of control in any situation.

Chronicle of a Summer