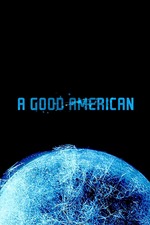 A brilliant & disturbing documentary about the US National Security Agency's foul-ups before 9/11. I saw A Good American as part of the Take One Action Festival. Bill Binney, the protagonist of the film, was present afterwards for Q&A, and confirmed my utter outrage and horror at the sheer ineptitude, and greed, of those who refused to use his compact, intelligent ThinThread program, which worked with meta-data and protected the privacy of individuals. He believes that 9/11 might very well have been averted, if the NSA hadn't decided to go for the much larger, all-communications-data-consuming, more expensive (and more financially profitable to many involved) Trailblazer. This program did not protect anyone's privacy, which glaring omission led to Snowdon's revelations and his consequent self-imposed exile.

You could do no worse than go to the film's own website for more information. There are also excellent reviews and / or interviews at Computer Weekly; The Guardian and The Huffington Post, the last including stuff about the iPhone encryption hoo-hah. There's also a video interview of Binney by Laura Poitras, who made the CitizenFour documentary about Snowdon, and has recently completed Risk,one about Assange.

I would have given A Good American five stars, which it cetainly deserves for content, but took off the half solely for the somewhat monotonous cinematography, despite occasional forays into scenes of wildlife and nature.

Bill Binney is a very determined individual, and won't rest until he's taken to the Supreme Court his case to show that the NSA's program is unconstitutional. He is shown in the film promising that he would never commit suicide: so if anything happens to him, the lawyers will know it was not self-inflicted. It's that serious.