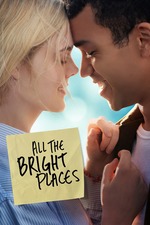 I don't think this so much touched a nerve as it actually cut through at least several of them. Especially this year. And especially a teen film to a near 30-year old.

I'm going to quote The Last of Us here, but it's also a very prominent quote that I carry with me.

I struggled for a long time with surviving. I still do. But no matter what, you keep finding something to fight for.

But this year, a lot of those 'somethings' keep dwindling away. Either through circumstance or through my own doing. And I'm not saying Covid is to blame here (though it's not helped).

I'm the freak. And I'll always be seen as such. And that stings. No, actually, it doesn't sting.

...but hey, what about Elle Fanning and Justice Smith in this, right?