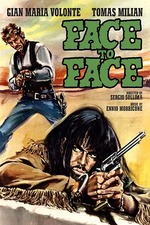 ‘Out here in the west it’s difficult to distinguish the instinct for survival... from the lust to acquire power.’ - Brett

I ways find it difficult to talk in length about films I love the most. So won’t over talk this one.

To me a better film than Sollima's Big Gundown. One of finest things in the genre.
Sergio Donati writing dealing in the big Italian themes here 'passive academic turns fascist outlaw when his hand is forced' and vice versa. Some truely beautiful desert photography. Some of the greatest bits of pathos happen in that 4th act.

There’s an interesting sequence where hired gun acts out on orders of execution, from two town bureaucrats. Both eagerly watch the proceedings from a safe 2nd floor distance as a sort of paid entertainment. Great chemistry between Milan and Volente. Milan looks half Rock n Roll Messiah / half Mexican Peon here. Volente’s transformation is amazing. By the end you want them to stay together as a band.